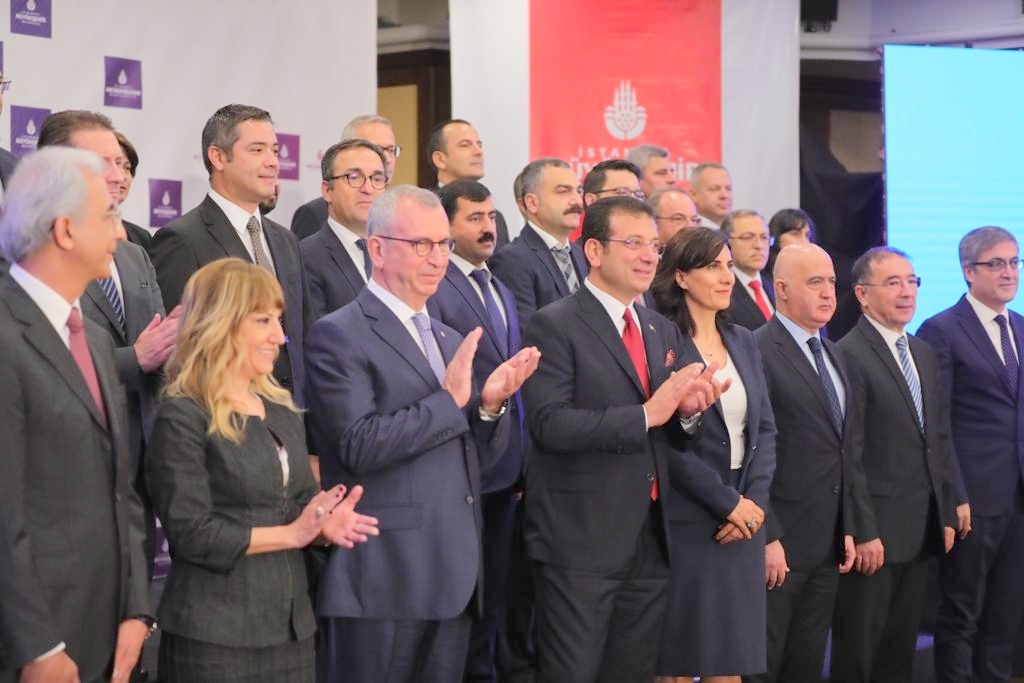 MAYOR IMAMOĞLU HAS INTRODUCED THE TEAM

Istanbul Mayor Ekrem İmamoğlu introduced his top management staff to the public in a press meeting on Thursday. The Mayor made an emphasis on his colleagues’ experience and expertise, and said, “We will govern Istanbul, first and foremost, with transparency and justice.”

During the meeting, Mayor İmamoğlu warned his new executives that there were certainly “difficult and troubled” days ahead of them, noting that “We should be aware of this process and difficulty, knowing that we are people who have the ability to overcome the difficulties and obstacles in this process. We are fortunate because we will govern Istanbul. Istanbul has more opportunities than any other city in the world”. 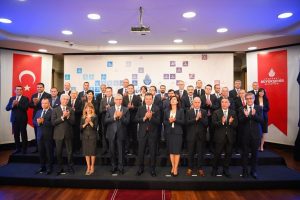 The Mayor introduced his team to the public in the Cocktail Hall at the Saraçhane headquarters of the Istanbul Metropolitan Municipality (IMM). During the presentation ceremony, İmamoğlu was accompanied by Canan Kaftancıoğlu, Istanbul chair of the Republican People’s Party (CHP), Yavuz Erkut, Secretary-General of the IMM, along with his deputies, district mayors and city councilors of the CHP. The ceremony started with a homage to Mustafa Kemal Atatürk and the martyrs, and the National Anthem, followed by a speech by Mayor İmamoğlu. 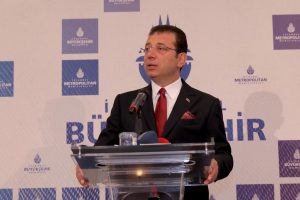 In his speech, Mayor İmamoğlu reminded his associates of the seven principles laid out by CHP Chairman Kemal Kılıçdaroğlu at the Local Governments Workshop held in Afyon earlier in the month. He pointed out that their attitude would be based on the principle of “respect for human beings”. The Mayor also underlined that as a team, they would “serve the society and the public – not individuals, institutions or hand-picked associations”, and keep their service free of discrimination. 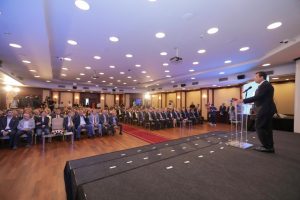 İmamoğlu then summarised the seven principles laid out by Kılıçdaroğlu as follows:

“The first principle is the understanding that we will treat all our fellow citizens equally without discrimination of faith and identity.”

“The second principle is the understanding that we will provide service for the people, not for a certain group.”

“Thirdly, we will practice positive discrimination for low-income neighborhoods and provide the best available services to disabled and disadvantaged groups.” 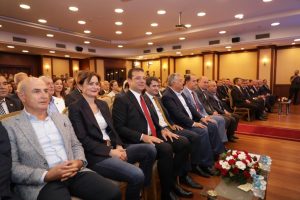 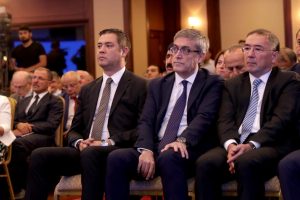 “Fourth, ‘the left hand will not see what the right hand gives’ and poverty will not be exposed.”

“Fifth, we will serve the nation ‘face-to-face’, through transparent audits that account for every penny.”

“The sixth principle is that we will attach great importance to being fair and unbiased. In other words, the IMM will treat the people of this city in the spirit of fairness.”

“The seventh is giving importance to merit in executive assignments, embracing people in a non-partisan manner, and working with competent individuals.” 23.08.2019 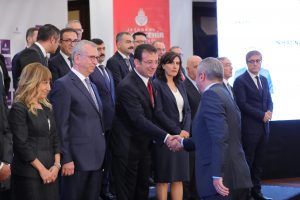 The Mayor’s speech was followed by a group photo of the top-level management staff who were invited to the stage one by one. The team is as follows: