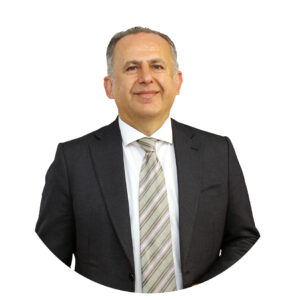 He started his career as a Software Engineer at NETAŞ R&D in 1988. Having completed 11 years of NETAŞ working life as Software Department Manager, Yucel Karadeniz has managed the value-added service world and Turkcell R&D as a senior manager at Turkcell Group between 1999 and 2006. He continued his responsibility as the Assistant General Manager responsible for Product Development of Turkcell Technology, which he was among the founders of, between 2007-2013.

Serving as Assistant General Manager responsible for Technology and Operations at E-Kent company between 2014 and 2015, Yucel Karadeniz has carried out the development and management of Integrated Smart City, Smart Transportation, Smart Sports and E-Ticket technologies and solutions offering infrastructure transformations, efficient service operations and new revenue sources to municipalities and public institutions in 23 cities.

Karadeniz, who has undertaken the management of the consultancy team under the umbrella of IBM Global Business Services between 2016 and 2017, has held the position of Executive Board Member and Deputy Chief Technology Officer at ETSTUR between 2018 and 2019.

He is married with one daughter and speaks English. 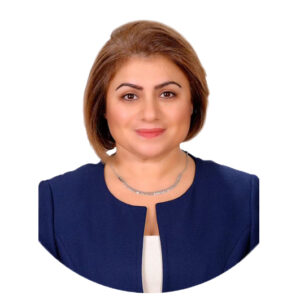 Nesegül YARDIMCIEL was born in Istanbul and graduated from Fatih Commerce High School and completed her undergraduate education in Anadolu University, Faculty of Economics, Department of Finance in 1997. She continued her education at the International Janus University, Department of Business Administration” followed with a higher certificate program in “Finance & Financial Services” at BBSI in the United Kingdom in 2008.

She worked as Accounting Manager at Mondial Assistance company of ALLIANZ Group between 1997-2007, and as Tax Leader, Controller, Finance Manager at GENERAL ELECTRIC between 2010-2017. She worked as the Accounting-Treasury Leader at KPMG Turkey Head Office between 2018-2021.

Yardimciel started to work at ISTTELKOM Inc. in November 2021 and continues to work as Manager Financial Affairs.

Nesegül Yardimciel, who speaks English, is married and the mother of two daughters. 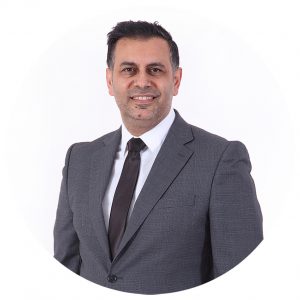 Born in 1974 in Amasya, Yalcin KARATAS completed his undergraduate studies in 1995 in the Department of Electrical and Electronics Engineering, Yildiz Technical University.

Beginning his career initially as an R&D Engineer in the private sector in 1996, Karatas were involved in a number of national and international projects as a specialist and technical manager in various positions at Siemens and Nokia-Siemens between 2000-2008. Serving as the Head of Technical Department and Financial Management Manager at Huawei between 2010-2017, Karatas led several major projects in the fields of business development, technical marketing and sales. He worked as the Sales&Marketing Manager at Andasis between 2018-2019.

Beginning to serve at ISTTELKOM Inc. in March 2020, Karatas continues to work as the Trade Manager.

Holding a number of certificates for sectoral and occupational courses and programs, Karatas has a good command of English. He is married with 1 child. 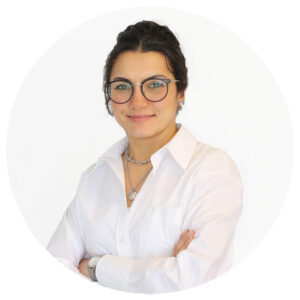 She started her career as a Human Resources Specialist in METRO Cash & Carry in 2002-2006. She worked as the Human Resources Manager of DOGAN Health Group between 2006-2010 as a consultant in health sector employment, and as Project Manager in the establishment, management and organization of the Selection and Placement and Total Quality Management processes during 2010-2012, respectively.

Between 2012-2018, she carried out the functions of Establishing and Developing a Remuneration, Benefits and Human Resources Systems at BERKO pharmaceuticals. She was actively involved in SAP HR, SAP Success Factors Performance and Career Management projects and TURQUALITY Branding Program projects.

In 2018-2019, she worked as the Human Resources Manager at TICIMAX Information Technologies company.

Calman started to work as the Human Resources Project Chief in the Social Services Directorate of IBB ISPER Inc. in 2020 and was subsequently appointed Human Resources Manager of ISTTELKOM Inc. in November 2021 which continues to date. 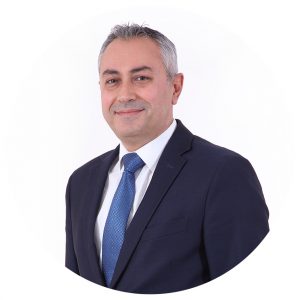 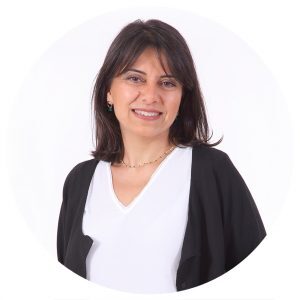 Esin ZEYTİNOĞLU, who was born in Eskişehir, graduated from Süleyman Çakır High School.

She completed her undergraduate education in 1995 in Anadolu University, Faculty of Economics and Administrative Sciences, Department of Business Administration.

Having served as the Financial Affairs Manager of İSTTELKOM Inc. between 2019-2021, Zeytinoğlu was appointed as the Business Processes and Enterprise Applications Manager in January of 2022, and she still continues to work in this position. 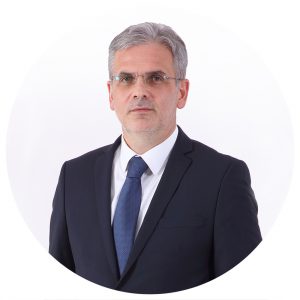