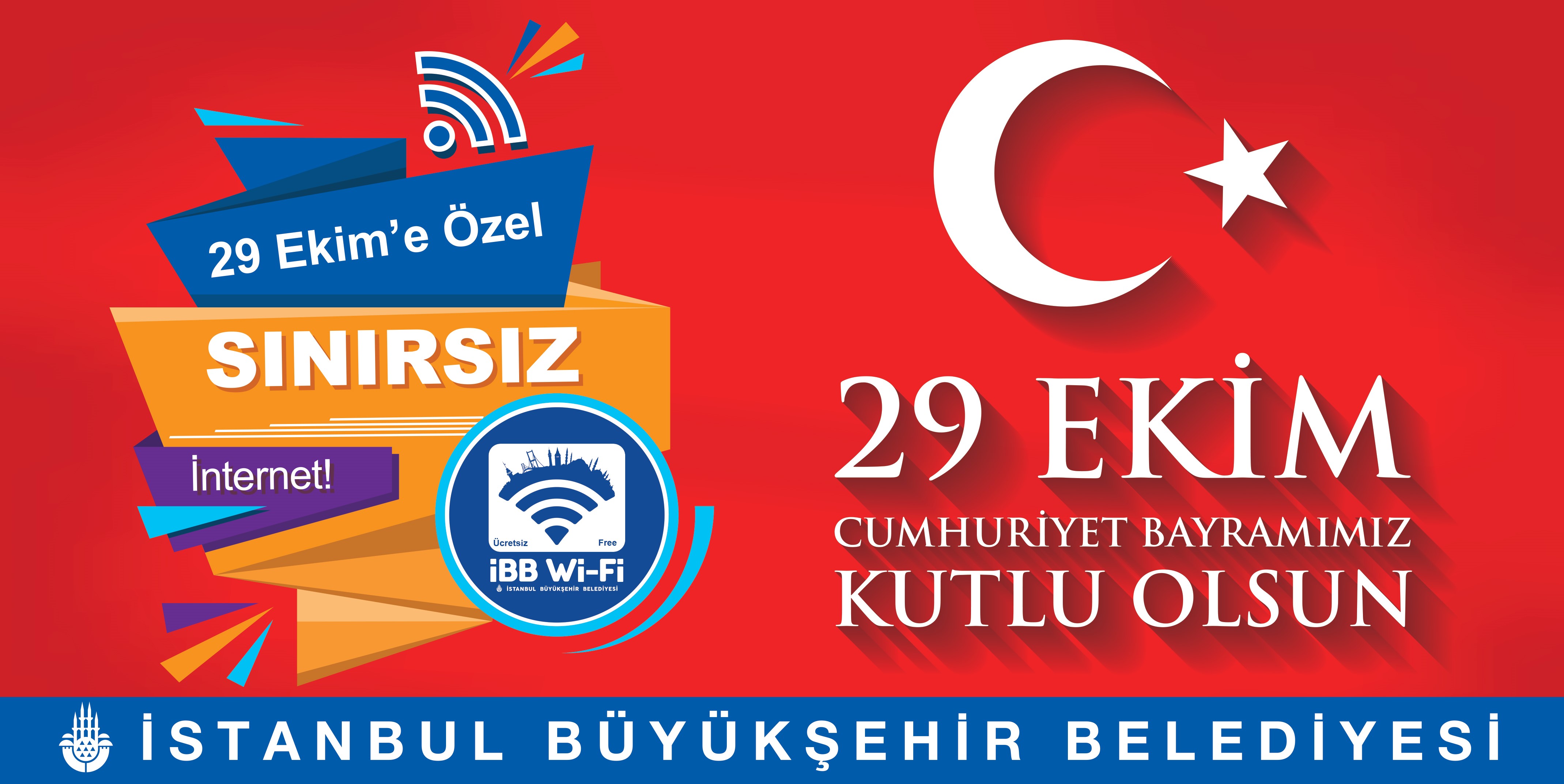 Internet access will be free of charge at İBBWİFİ locations in entire Istanbul all day long.

İBBWİFİ, a service provided by İSTTELKOM, an affiliate of Istanbul Metropolitan Municipality, delivers service in crowded areas such as squares, parks and public transport vehicles since 2015.

İBBWİFİ has more than 2.5 million users; everyday, 5,000 domestic and 5,000 foreign persons subscribe on the system. About 90,000 users benefit from İBBWİFİ services every day.

FREE WEB TO BE EXPANDED

Already providing service at 4,000 points, İBBWİFİ is set to double number of users by means of new locations.