The Heart Of Infrastructure Trobbed In Istanbul!

Participants from the water, natural gas and communication sector gathered at the “Infrastructure Quality and Innovation Symposium ALTİST 2017” which was held in Crowne Plaza Istanbul Asia between 15 – 17 November 2017 for 3 days during which 30 topics were discussed in 7 different sessions. 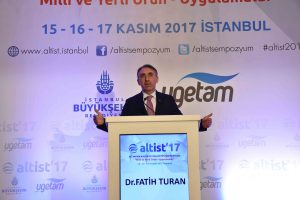 In his speech, UGETAM General Director Şenol YILDIZ noted that Turkey is the world’s 18th largest economy yet ranked in 28th place among 137 countries in the quality of infrastructure systems and emphasized that we had a long way to go in terms of domestic and national product applications. UGETAM General Director Dr. Şenol YILDIZ stated that the “Local Administrations Academy” project had been commissioned with the objective of increasing personnel competency in local administrations through certification and training to achieve the level that our country deserves and that the certification, testing and inspection works carried out since the establishment of UGETAM had incurred an increase in infrastructure applications and product quality exceeding 50%. 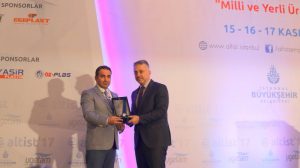 The plaque of appreciation awarded to İSTTELKOM for its contribution to ALTİST 2017 was received by Electronic Systems Manager Ahmet Selami SÖĞÜT on behalf of the company from DSI General Director Murat ACU.

After the opening speeches and presentation of plaques, the participants visited the stands of the companies contributing to the symposium and received information about the products and developments. 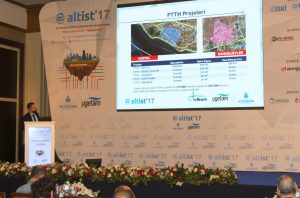 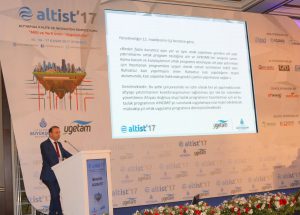 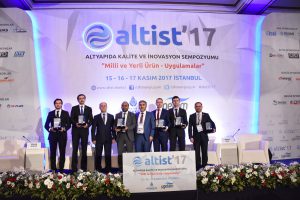 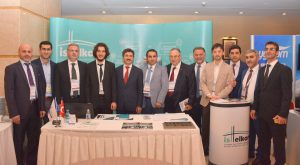 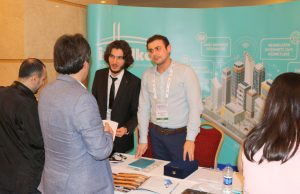 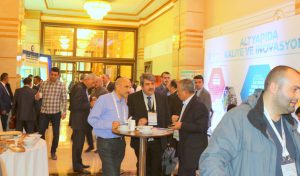 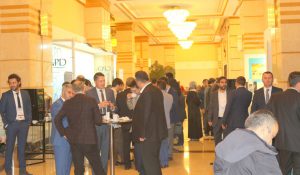 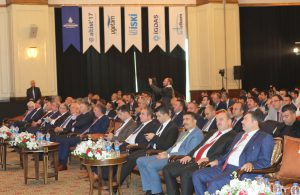 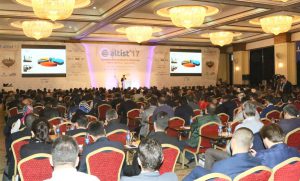