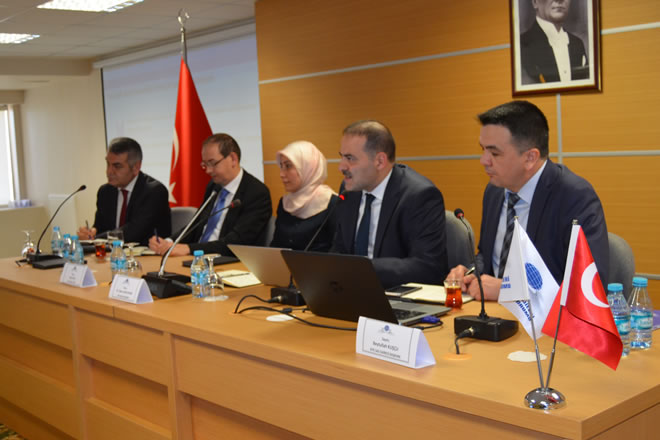 Turkey National Broadband Strategy Work Meetings were launched with the coordination of BTK.  The National Broadband Strategy Workshops started on March 18, 2016 at the BTK Istanbul Regional Directorate with the attendance of some NGOs, including Operators and representatives of the Operators in the Sector in order to complete the report on the measures to be taken for the improvement of the broadband infrastructure in our country because of the importance of broadband infrastructure in terms of development of the electronic communication sector of countries. The meeting was also attended by a videoconference system from various centers.

In this context, in order to expand the broadband infrastructure, all the participants contributed in the following subjects;

The workshop was attended by Board Member Figen KILIÇ, Director General of Communications of the Ministry of Transport, Maritime Affairs and Communications Mustafa KOÇ, other executives and experts from BTK as well as representatives from NGOs, Turksat, Türk Telekom group, Turkcell group, Vodafone group, TELCODER and MOBILSIAD inn the meeting hall in the Istanbul Regional Directorate chaired by BTK Chairman of Board Dr. Ömer Fatih SAYAN.

It has been decided to establish a sub-commission consisting of participant representatives for the purpose of preparing a technical report for the determination of the National Broadband strategy, and the working period of the sub-commission has been set for the end of April.